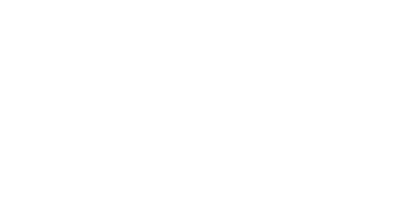 Inspired by her own family’s passion for living an active lifestyle, Pallavi Golla founded Lark

Adventurewear out of necessity in 2017. When her son, Vyan, was born, he had a curiosity for nature and the world around him. And while on their outdoor excursions, Pallavi began to notice that he was often hot, sweaty and damp in his clothing. Because of this, she spent less time with him outdoors since he would get easily overheated and sticky. She began to search for safe activewear for babies, but wasn’t able to find anything. So she made it her mission to make the best children's clothing that would keep babies and kids feeling comfortable in all environments - especially outdoors.

The brand uses technical fabric, Softek™ bamboo, that eliminates the emission of harmful chemicals when the clothing is worn, which makes the clothing breathable, super soft, UPF 50 sun safe, and fully functional. The brand also embraces a less is more mentality so the clothing can be worn through all seasons and climates. The clothing is also gender neutral so it can be passed down from sibling to sibling. It started as a children's brand, but by popular demand, has grown to include a women's collection.

Lark Adventurewear had seen some small successes with their PR efforts centered around featuring Pallavi Golla, its founder. They had worked with PR agencies in the past and also had some in-house help with reaching out to the media as well. The company really wanted to focus on generating more brand awareness with product-focused content, so they decided to partner up with PRVolt for help.

Once PRVolt launched its strategy, Lark Adventurewear began generating podcast and media leads shortly after like Dying to Ask Podcast, Tuckered Out with Ami Thakkar, Reader's Digest, Wonder Podcast, and Bring It In.

The angle PRVolt took to help get the Lark Adventurewear name out in front of its target market was to pitch podcasts and have Pallavi Golla talk about the brand and herself. Pallavi had been featured in the past on podcasts and in articles for her work as a successful female entrepreneur. This proved to be a great strategy to connect with Lark Adventurewear’s core target market - moms with active lifestyles.

Once the strategy had been launched, PRVolt found they could get even better results for the brand if they refined the list of prospective podcasts they were reaching out to. Up to a certain point, they were casting a wide net but switched to a quality over quantity approach which helped attract the right podcast partners for the brand.

Once PRVolt launched its strategy, Lark Adventurewear began generating podcast and media leads shortly after like Dying to Ask Podcast, Tuckered Out with Ami Thakkar, Reader's Digest, Wonder Podcast, and Bring It In

Lark Adventurewear has been featured in the following major publications and more.

Lark Adventurewear had been featured in Splash Magazine, Brit + Co, The Innovative Mindset, That Entrepreneur Show, and more

We're excited about the future and what we can continue to do together with PRVolt.